Thank You for Teaching Me

Thank You for Teaching Me

A phone call telling me that my old boss, Stefan, had passed away. 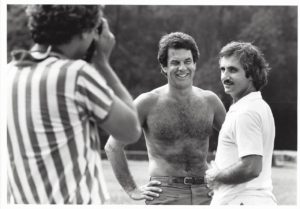 Conversations with friends from so long ago. What an emotional roller coaster revisiting the early 80s and this unique group of creatives. They have all touched my life in a significant way. But none more so than Stefan.

It’s interesting looking back on all of it as an adult. Clearly, I would not be the person I am today without that experience. It was a rite of passage.

When I started at Jacobs & Gerber I was in awe of the talent. I thought everyone went to a Well of Knowledge whenever they needed an idea or solution. I felt isolated not knowing where the well was. That and being a shiksa (which took me three months to learn how to say) 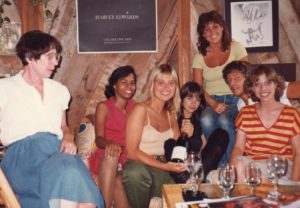 One of my first learning lessons was while recording a jingle for ABC. Stefan sent me to the studio. I had never even seen a 24-track machine much less know anything about recording.  He came by for a brief visit, shared some comments and said, “OK, I’m leaving, you’re in charge. Stay late. Work hard.” I thought he was joking but soon heard the hum of the Porsche as he drove off. Hours later, after listening to the same verse over and over, I shouted, “Enough, let’s move on!”  Had anyone said “Who the hell do you think you are?” I would have apologized, explained that I was tired and cowered in the corner. But no one said that. In fact, they responded like they would to Stefan. They apologized, agreed, and quickly moved on.  That was the moment I became a producer.

So many moments come to mind. We worked hard and we played hard. I loved Stefan and I despised him, but I always respected him. He pushed me to be better. He taught me to believe in my instincts. And, NO was never an option. There was always a way…

In these past thirty years, my strength has been my humor and my creativity. My ability to be confident in my ideas, my pitch and the delivery are all the result of the lessons from my teacher and mentor… Stefan.

About two years ago, Stefan’s named popped up in Linked In. I started to write to him and then … I just didn’t. I didn’t know what to say. I’m sorry now that I didn’t. If I did, I would have wanted to say… Thank you. Thank you for believing in me. Thank you for everything you taught me – the good and the bad. You hurt me sometimes with your words but only now can I truly understand that you saw more in me than I did myself… and that you were simply trying to show me where to find The Well…

I didn’t realize what a tremendous influence you have been in my life. It wasn’t until now that I see so clearly how many of my choices and actions were a direct result of what I learned from you. I sobbed quite hard for several days, releasing so much held-in emotion. What else am I holding onto?

What did I learn? I learned that ALL relationships are SACRED, the good, the bad and the ugly. And that things we say and do, even as children, have impact on others and ourselves throughout our entire lifetime. It’s our truth and we can’t hide from it.